Bringing life and love to the world 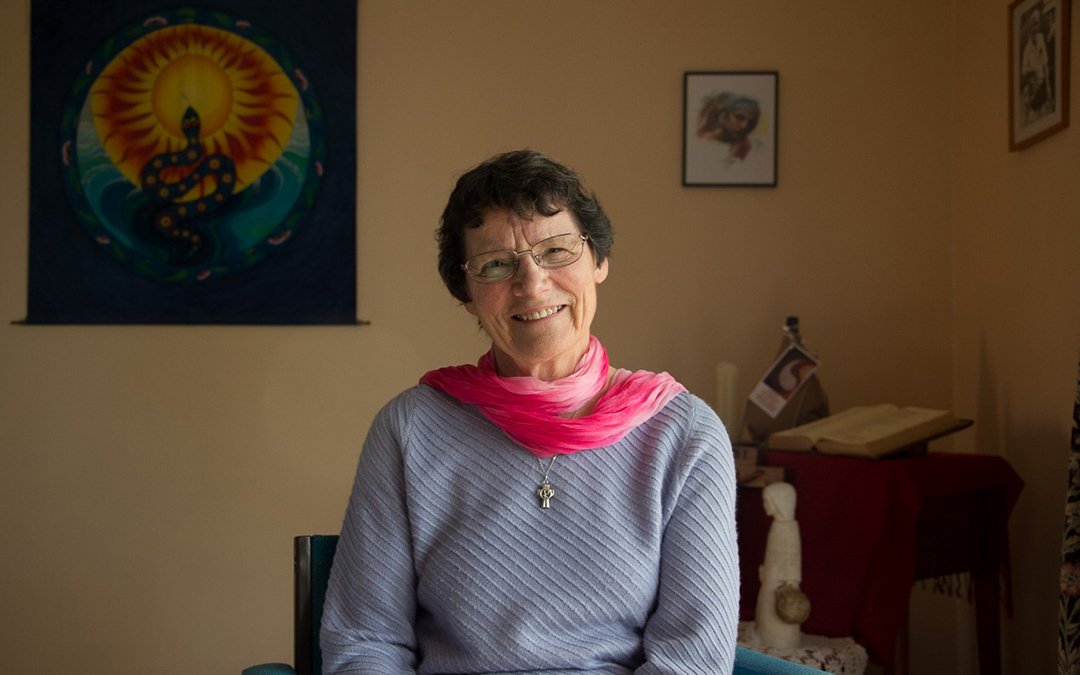 Note: Aboriginal and Torres Strait Islander visitors to this website are advised that this post may contain images of deceased persons.

Over Mother’s Day weekend, a number of brief reflections were posted online by Melbourne Catholics, recounting the significant influence that their mothers and grandmothers had in their lives. Melbourne Catholic also wanted to acknowledge the important role of Religious women who, having consecrated their lives to God, are in their own way bringing life and love to the world and to those whom they encounter and serve. 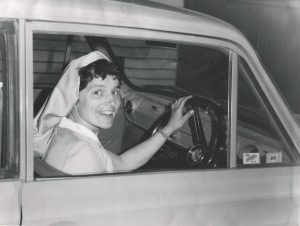 One such woman, Corrie van den Bosch, has been a Missionary Sister of Service since 1959. Born in the Netherlands, Corrie arrived in Australia as a young girl with her parents and family in 1951. They settled on a farm in Tulendeena, a rural area in Tasmania’s north east, where the family continued its market garden business. When Corrie was five years old, she declared to her parents, ‘When I grow up, I’m going to be a Sister’. It was a deep calling that stayed with her throughout childhood and her teenage years, and which was realised upon meeting the then Home Missionary Sisters of Service (now the Missionary Sisters of Service).

This community of women visited Corrie’s remote parish twice a year and hosted summer camps, which she attended. Corrie felt this was a community of women that could bring life to her calling. She joined a few months short of her 19th birthday, and over the ensuing years, felt a deepening affinity for the women’s love of the land and their sense of adventure, and for their deep commitment and love of the people they encountered in their ordinary, everyday lives.

These days Corrie is based in Melbourne and in the following writing, she reflects on motherhood and mothering from her own perspective as a consecrated woman, serving in the world today.

Motherhood, as I understand it, is about bringing new life into the world and nurturing that life until it comes to maturity. I have warm memories of my mother caring for each new baby born into our family, her loving tenderness that could also be tough as she nurtured and guided us through those formative years of childhood and adolescence. My father, who was a market gardener, was supportive but left most of the parenting to her.

Over the years I have come to see that the process of “birthing” is as ancient as the Cosmos. From that first flaring forth of God’s creative power in what scientists call the Big Bang, individual elemental particles have come together to form the first stars; stars ‘lived’ and died, giving birth to new generations of stars. Over billions of years that process has given us the Milky Way and a trillion other galaxies. Each new generation of stars brought forth new elements, until, when our sun was born and in turn gave birth to our solar system, life became possible. It took the Cosmos fourteen billion years to birth life on Earth, to birth plants and animals, to birth you and me. What an astonishing story!

And here is another astonishing thing: we humans are the only beings on Earth who can know this story and reflect on our place within it! We are the only beings who can ask questions, seeking to understand, not only the world as it is, but also what it can become. That capacity has given us the world as we know it, our homes and cars and shops, our technology and energy networks and communication systems. It has given us poets, artists, musicians, storytellers and so on. It is conscious human beings who have birthed the world as we know it.

My great grandparents never imagined the world we live in. Yet they played their part in the birthing process that has given us today’s world, each generation building on what has gone before. 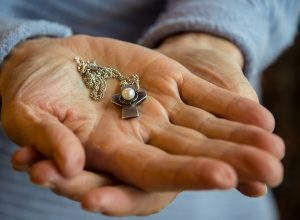 Corrie holding her MSS necklace with a ‘pearl of great price’ in the middle of the MSS cross.

No single being by itself generates new life. Just like the first elemental particles had to unite with others in order to bring forth the stars and galaxies, so we human beings need to cooperate with one another to birth a future in which all life can flourish.

In recent centuries we haven’t been very good at this, which is why our world is experiencing an environmental, social and economic crisis. But more and more people are waking up to the consequences of our lack of awareness. Our youth are among the strongest voices calling out for real action on climate change, pollution, the destruction of our natural environment, wars, oppression and violence.

The upheavals of this critical moment in our history are like birth-pangs: something new wants to be born. You and I are called to be part of this birthing, to listen deeply to what is happening in our natural and human world, to see it in the context of the big story and to bring our wisdom, understanding and imaginations to creating a future in which all life and Earth itself can flourish.

This is the God-given mothering role we all share.

Happy Mother’s Day to all the women who have reared and shaped us over the years!

This reflection was originally written for, and posted by Melbourne Catholic