There’s more than one way to give a hug 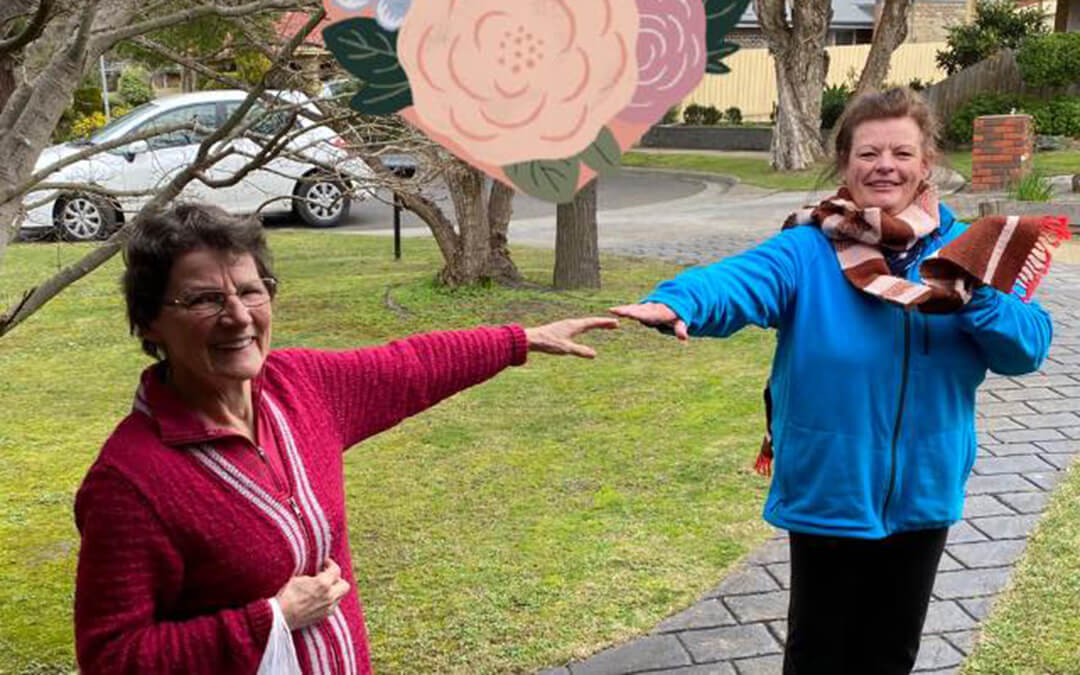 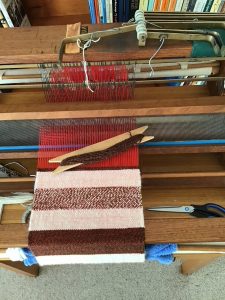 We wanted to share this heart-warming story shared by Corrie van den Bosch MSS and Amanda Freeman, who has been a friend of the MSS for many years (Amanda was on the Board of The John Wallis Foundation, now Highways and Byways – A Community of Service, and also provided ‘events-assistance’ to our sisters. NB – The cover photo was taken pre-COVID-lockdown!

Corrie writes: “I’ve heard a number of people say how much they miss being able to touch or hug another. Many of us greet those we love with a hug or a kiss. Words, or touching elbows, just don’t express the same warmth of relationships. A friend of mine, Amanda, commented recently, ‘I do miss hugs with our social distancing’. Amanda is a wonderfully warm woman who spreads love wherever she goes, and one of the ways she expressed her warmth is in a hug.

“As I thought about Amanda’s comment, I had an idea. I had odds and ends of homespun wool and alpaca, not enough of any one of them to do anything with. So I set up my loom and used it to weave my ‘hugs’ into a scarf. I had Amanda in mind as I was weaving.

“The yarns also connected me with where they came from. The alpaca fleece came from Geoff and Aleta Groves’ farm. Geoff is Lorraine Grove MSS’ brother. Some of the white wool came from ‘Simon’, a sheep we had in Lindisfarne, Tasmania, to keep the grass down. It was the first wool I ever spun, back in the late 1970s, and knitted into a scarf. But the moths got into that scarf, so I unravelled it and had it among my craft fibres ever since. 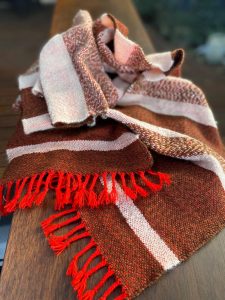 “I used some commercial wool as well. This came from Casaveen, the business of Clare and Alan McShane in Tasmania. They made beautiful garments in their Oatlands knitting mill. When they were ready to retire, they tried to sell the business, but couldn’t find a buyer, so had to close it down. They sold the equipment and as much of the wool as they could, and gave a big lot of the leftovers to Lorraine Groves MSS. All these people – and animals – contributed to the hugs woven into a scarf.

“The joyful response from Amanda, when I gave her the scarf, was worth all the hugs she couldn’t give. Her response has me thinking about other ways I can hug people.”

In recounting the scarf ‘hug’ story, Amanda shared: “Corrie called me and said she had something for me and could she pop over in the next hour. When Corrie greeted me she said, ‘I can’t hug you so I have made you something for every time you need a hug. Wrap yourself up in it and you’ll feel the love.’ I had no idea she had made me anything. We have been friends for over 20 years now. What a treasure she is and has been in my life. This is such a beautiful gift, it will be treasured always!” 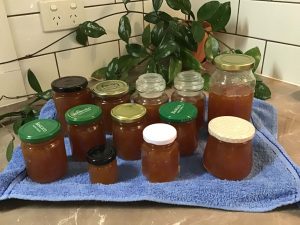 We should say, Corrie has found more ways to ‘hug’ people. She’s also made jars of lemon and kumquat marmalade, with a bit of ginger thrown in for good measure. Corrie informed us that she had an abundance of lemons on her tree, and neighbour, Maritia (Marcia McMahon MSS’s sister) has a kumquat tree. Fortunately Corrie is welcome to raid the tree whenever she needs kumquats. It looks like there will be plenty of hugs from Corrie going out into the community!