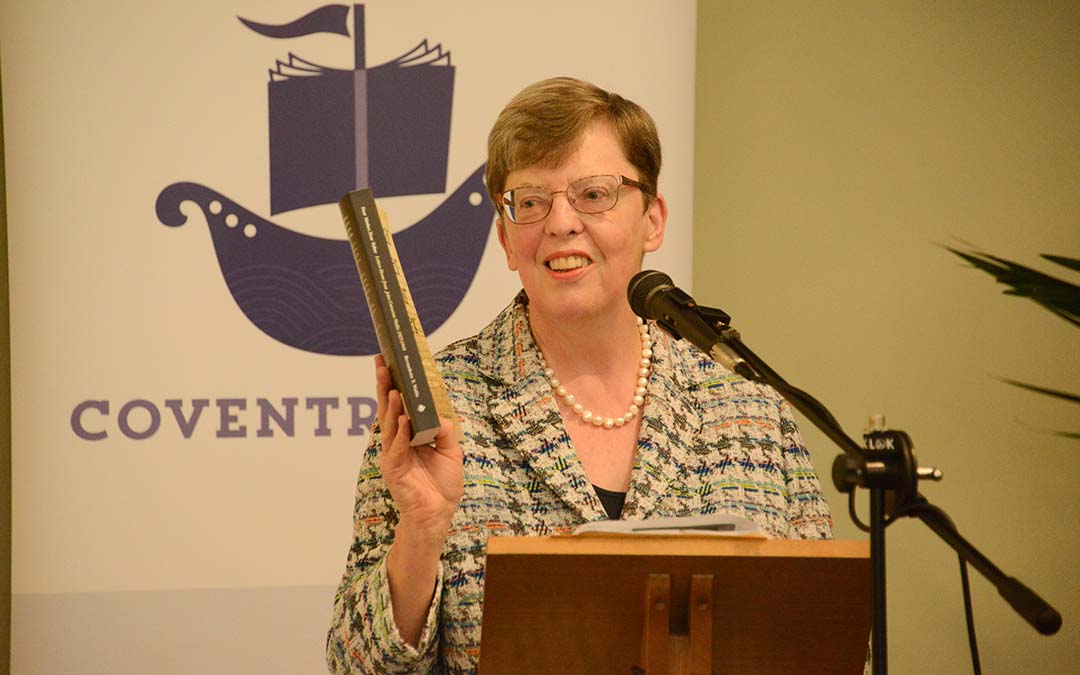 “It is an honour to have been invited to launch Dear Mother Dear Father Letters Home from John Corcoran Wallis 1927-1949. In so doing, I am also pleased to be able to pay tribute to Bernadette Wallis, whose vision, scholarship and dedication have come to fruition in this fine volume. I hope that my remarks this evening will capture why, on a number of counts, this is a significant publication.”

“Let me highlight initially that the publication of this book is timely. In the first instance, this is the case because 2019 marks 75 years of the Missionary Sisters of Service, the congregation founded by Fr John Wallis, which has become his most significant legacy to the Australian Church. The publication of these unique letters is a fitting addition to the 75 year anniversary celebrations.

“Secondly, the Missionary Sisters of Service have recently established Highways and Byways: A Community of Service, a new expression of their charism to take the MSS legacy purposefully into the future. It is critical that those who animate the Highways and Byways mission are able to get to know the man who envisioned this charism. This book also makes a critical contribution in this regard, to getting to know John Wallis.

As Bernadette emphasises in the introduction: History … is a gift from which to understand and attempt to make sense of our past and our present, often to make resolutions or decisions, even unconsciously, moving into a hope-filled future [p. ix].

“Importantly, this volume makes available letters of Fr John Wallis covering a period of 22 years of his younger life. They offer a window into another era of the Australian Church and, in particular, into a man who would make a unique contribution through the founding of the Missionary Sisters of Service. The publication of letters has particular value ― thus, Blessed John Henry Cardinal Newman wrote to his sister in 1863: … the true life of a man is in his letters … Not only for the interest of a biography, but for arriving at the inside of things, the publication of letters is the true method. Biographers varnish, they assign motives, they conjecture feeling … but contemporary letters are facts [Newman to his Sister, Mrs John Mozley, 18 May 1863].

Bernadette provides a brief introduction to each of the ten chapters as well as setting both the family and historical context prior to reproducing each letter. She writes: “My hope was to find [in each letter] a gem or gems that energised the life of the young” John Wallis [p. xiv]. Readers will discover that those gems are present in abundance.

At the conclusion to each chapter, Bernadette has invited a pertinent Church figure to write a reflection on the preceding letters ― in his foreword to Dear Mother Dear Father, Professor Frank Brennan SJ AO describes the latter, these reflections, as “a brilliant flourish” on Bernadette’s part. Thus, this volume includes significant reflections by Austin Cooper OMI, Edmund Campion, Adrian Doyle, David Ranson and Corrie van den Bosch, amongst others.