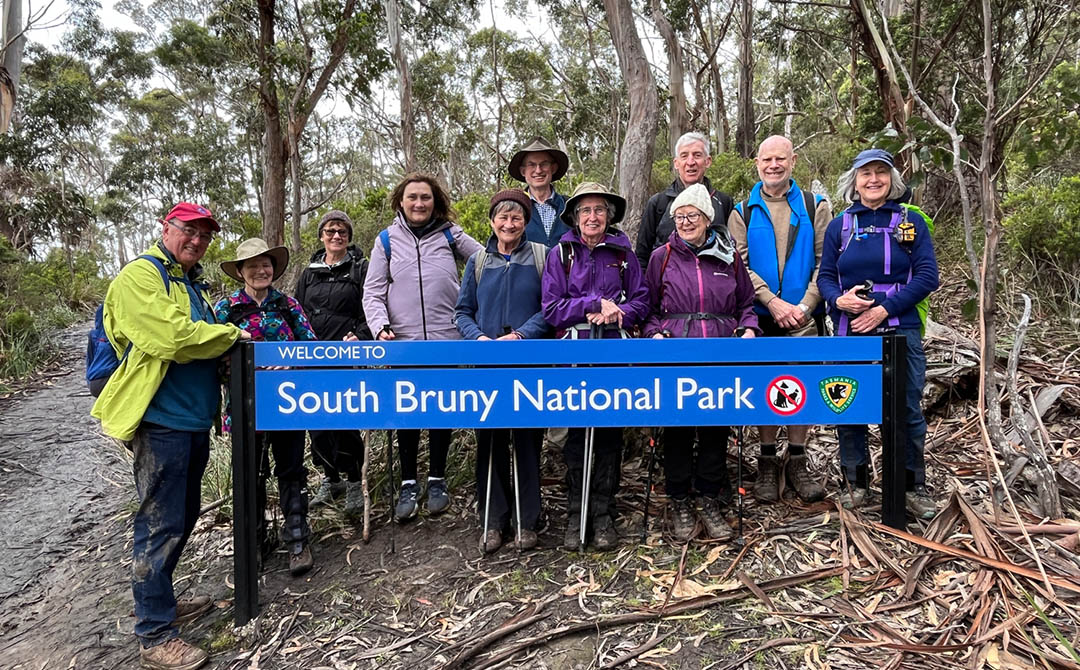 As we gathered on Bruny Island, off the southern coast of Tasmania, for four days of pilgrimage, we acknowledged that we walked on the traditional land of the Nuenonne People of the south-eastern tribes. In this spirit, some of the MSS hosted new staff and board members of our mission entity, Highways and Byways – Healing the Land, Healing Ourselves, Together, and friends of our community, both locally and from interstate.

Bruny Island holds a special place in the history of our congregation and our founder, Fr John Wallis – it was here, back in 1933 that a young Fr John, newly ordained for the Archdiocese of Hobart, met a young woman and mother of four children, Kit Hawkins, who asked the fledgling priest: What about us? Doesn’t anyone care about us in the bush?  This sparked something within Fr John’s heart, so that, 11 years later, on 8 July 1944 in Launceston, Tasmania, the first four women came together to become the foundation of our community, with two more joining later that year.

Located at a campsite on Adventure Bay, on the eastern side of Bruny Island, each morning and afternoon, we gathered to listen and reflect upon John’s letters to his mother, as he shared his experiences in visiting isolated families on the island. We heard his descriptions of the rugged landscape, the flora and fauna, which he keenly observed and documented, and how he made the long trips across the island by foot, horse and cart. We walked each day, too, climbing up 250m along the Fluted Cape track, and the next day, along the Luggaboine Circuit track on the Labillardiere Peninsula. We visited Cape Bruny lighthouse, recalling John’s experience of befriending the lighthouse keeper’s family all those years ago, and how these visits initiated what was to become the correspondence school.

We reflected on the beginnings of the MSS community, listened to stories shared by those of our sisters who were present, as well as friends of the community sharing their encounters and friendships with our women. And on the final day, we heard stories of how our work has evolved over the years, and also, how our mission entity, Highways and Byways (formerly the John Wallis Foundation), is carrying on the vision, mission and spirit of our community, in practical ways. We joined with locals at St Brendan’s Catholic Church in Alonnah, on the Sunday, and said our farewells on the Monday. For all who continue to join in our spirit of going out into the highways and byways, we say thank you. We hope to host these pilgrimages every two or three years, so perhaps we’ll see you there some time!