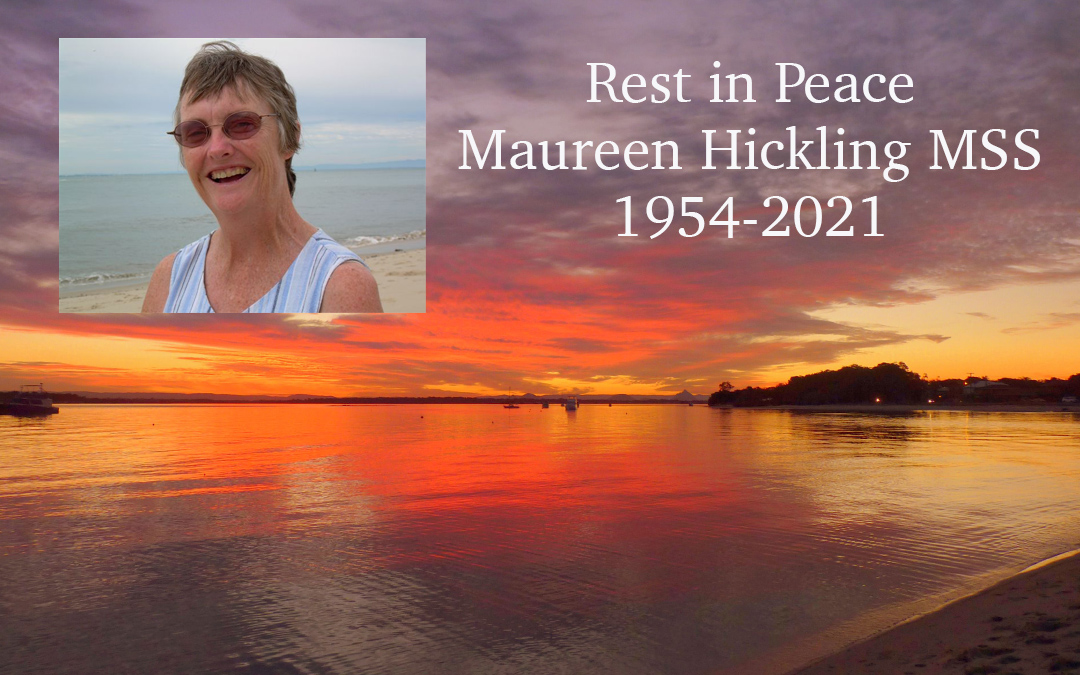 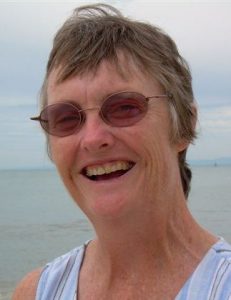 It is with great sadness that we inform you of the death of Maureen Hickling MSS. Maureen died peacefully on 15 October, at Palm Lake Care, Beachmere in Queensland.

Maureen’s funeral was held on Thursday 21 October in the Little Flower Church, Bongaree, Bribie Island, Queensland. Thanks to Holy Cross Funerals, a recording of the livestream of the funeral can be watched here. If needed, enter password: maureen2005 (all lower case).

We’re so grateful to the people of Motor Neurone Disease Queensland, family and all of Maureen’s friends on Bribie Island.

Maureen Hickling MSS was born in Stanthorpe, Queensland; her Family lived on a fruit orchard at Wyberba. She went to a little one-teacher school with 15 other children and then went on to secondary school in Toowoomba. After three years as a Lay Missionary in Madang, Papua New Guinea, she joined the Missionary Sisters of Service, aged 21. She has lived and worked in Tasmania, South Australia, Victoria and Mackay, Royal Brisbane Hospital, and Bribie Island in Queensland.

Living on Bribie Island for many years Maureen was very interested in supporting the local community and care of the environment. She had been part of groups that monitor the local turtle population, the sea grass for the Dugongs and a cane toad project. Photography had been her hobby – from sunrise to sunset and the local wildlife, birds and wildflowers, her inspiration.

Maureen had shared this beautiful reflection on ‘Life as Mission’.

Maureen loved photographing nature, whether it be birds, seascapes or landscapes. Here are some of Maureen’s beautiful photographs.