On the road with Marie Murphy MSS 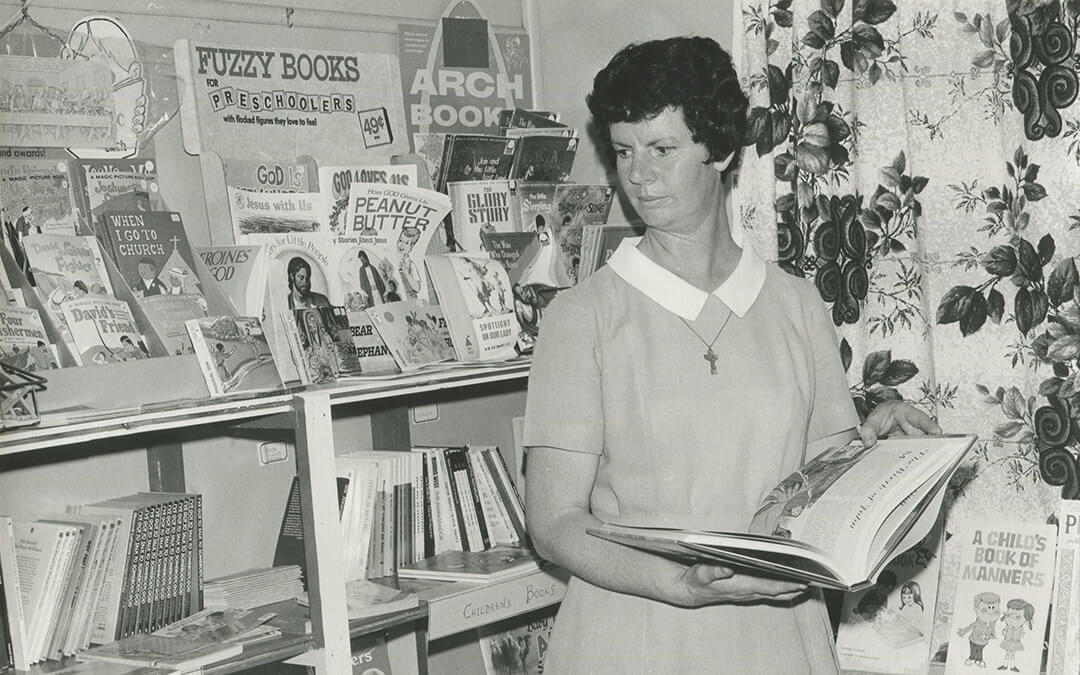 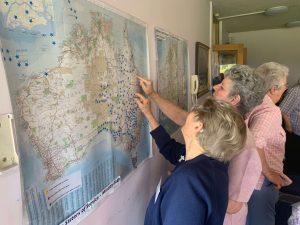 When it comes to the Missionary Sisters of Service (MSS), it’s a good idea to get a map of Australia out for reference! It’s not long before the Sisters start reeling off names of remote towns in outback Queensland, New South Wales, South Australia and Tasmania as they share the many adventures they have embarked upon during their more active days out in the highways and byways of this vast land. Marie Murphy MSS is no exception!

Marie Murphy celebrates 57 years as a Missionary Sister of Service this year! Born and bred in Mackay, Queensland, she was 21 years old when she made the long trek south to Tasmania, to join the community in 1964. 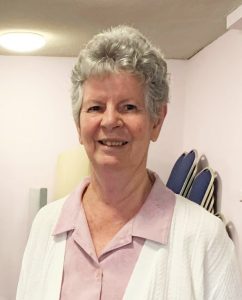 “In those days we had a hostel for country girls up north,” said Marie. “Two of the Sisters came up along the eastern seaboard, through Cairns and Townsville, and visited us at the hostel—it was called The Grail.

“They showed us slides of the sorts of work the sisters did and they gave us a booklet from the Home Missionary Sisters of our Lady. I put the booklet into my sewing case, and never opened it.”

As the years passed and friends were getting engaged and married, and setting up homes, Marie became “one of the older ones at The Grail”. She found the Sisters’ booklet again and rang the phone number.  Head of the congregation at the time, Mother Teresa, was coming to Brisbane, so Marie travelled to Brisbane to speak with her. A few months later Marie was in Tasmania to join the community; the year was 1964.

Following her formation years in Hobart and Launceston, Marie was transferred to Ellendale in central Tasmania, where she was based for five years (1970—1974).  As part of her mission work, she provided Religious Education in all of the schools in the area, teaching and preparing the children for Confirmation, Communion and Reconciliation and so forth. 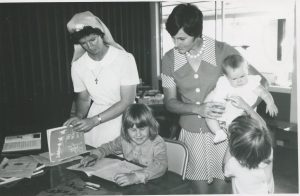 “Kath Clune MSS would visit the high schools, while I visited the primary schools,” said Marie.

“Monday was preparation day; on the Tuesday we’d travel to Hamilton and Fitzgerald; on the Wednesday we went to Bushy Park and then we’d head up to Maydena. We’d be there all morning and the next day we‘d travel to Wayatinah and Tarraleah.”

“Once a month we’d stay overnight at Tarraleah and then go up into the mountain area where they’d built an enormous power station, to take the religious education classes with the children. Once every few months, we went to Strathgordon, which was another one of the hydro villages that had been set up and we’d stay with families down there.” 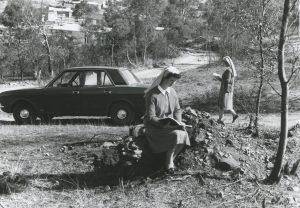 There was certainly a lot of driving while on mission and the roads weren’t always the best, explained Marie. “If we stayed late in Tarraleah and needed to head off to Wayatinah and there was frost on the road, the men would advise us to drive with two wheels in the gravel on the side of the road,” she said. “The people were so good to us. They always looked after us and gave us advice on what to do.”

As well as the Religious Education and sacrament classes, Marie and Kath would also stop in at homes in the country areas they were visiting. “We’d call into the homes and visit whoever was around at the time,” said Marie. “Often, you’d be offered a cup of tea and they’d say, ‘everything’s alright’, but then over the cup of tea they’d start telling you all about what’s going on in the family, and in life.” 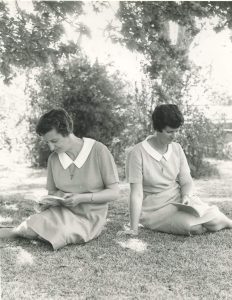 “I really enjoyed the home visits, and spending time with families. The home visits were a very important part of our ministry.”

In 1975 Marie was transferred to Toowoomba, Queensland, where she was based for two and a half years. In Toowoomba she was part of the ‘inland mission’ visiting families and providing Religious education for the children in western Queensland. Each mission trip could be up to 5 weeks at a time.

“I enjoyed my missions out west from Toowoomba,” said Marie. “They were quite an eye opener—and the distance! You’d spend a whole day on the road to get to Charleville from Toowoomba. If we were heading to Quilpie, we’d stay with the Mercy Sisters at Charleville and then keep going the following day, visiting all of the station people along the way. We’d ring ahead and say, ‘may we stay with you’ so families knew when to expect us.”

Marie recalled a particularly amusing story: “At one place, the man of the house had run the bath for us and the water was filthy! I thought, ‘I’m cleaner now than if I get into the bathtub!’ The water was brown as brown—it was all the western soil straight from the river.” 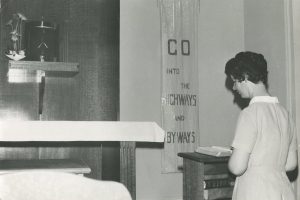 When the Sisters headed west or south from Toowoomba, usually in a car with no UHF radio,  they relied on the women who’d gone before them along with the families they visited, and friendly passers-by.

“We never got lost,” said Marie. “The Sisters the year before would have drawn a map, and marked how many miles it was from A to B. They were very good at keeping maps of all the different areas, so you knew where you were going.”

“We also always had two spare wheels in the boot so if one got flat, we always had another. But if we had three flats then we were stuck. But the men were very good. They’d take the tyres and fix them for us.”

She went on to share: “One night all of the tyres had a flat and we were stranded on the side of the road. We were due at someone’s house, so they were out looking for us. They eventually showed up and got us back on the road.”

Marie has fond memories of sitting in family homes hearing the ring of ‘party lines’: “You’d be at a house and you’d hear ring ring ring and one long ring and they’d know exactly who that was,” she said. “And I remember going to Eromanga, west of Quilpie, and being told that I was now in the furthest place from any beach in any direction.” 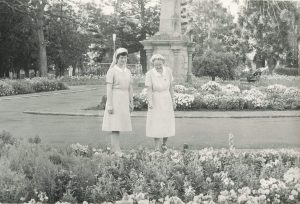 There were weeks-long mission trips down south-west from Toowoomba, to Cunnamulla, Dirranbandi, and Goodooga, which is just over the border in New South Wales. Marie, and her accompanying Sister, would visit the families on the outback stations, staying with them, as well as providing the Religious Education to the children.

Marie was also based in Whyalla, South Australia for some time and travelled the vast distances visiting families in the outback opal mining settlements and the big sheep and cattle stations, as well as the farming areas of the Eyre Peninsula. She later spent time in Sydney, New South Wales, working as a pastoral carer at St Vincent’s Private Hospital. Her pastoral care work continued in Queensland at the Mater Hospital in Mackay.

Marie is grateful that in her later years she was able to move back to her hometown of Mackay in Queensland where her family is—she is the eldest of 12. And though some family, including her parents, have passed away, she is happy that she can be close to the remaining family members.

Marie Murphy’s profession date is 6th January 1964. Congratulations on 57 years as a Missionary Sister of Service.