The Missionary Sisters of Service are pleased to join with more than 300 organisations from across Australia in signing an open letter to Prime Minister Scott Morrison calling for more safe, secure and affordable housing. 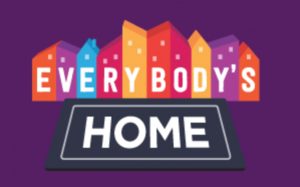 This initiative has been led by the Everybody’s Home campaign, which we endorse, calling on the Federal government to build 30,000 new homes in Australia in the next four years, not only to deliver families much needed housing but to also create some 18,000 jobs.

“In our work with families across Tasmania, Queensland, Victoria, New South Wales and South Australia over the years, our women have come to know how important it is to have a home,“ said congregational leader, Stancea Vichie MSS.

“We particularly feel for migrants, refugees and temporary visas holders within our community, who were already facing particular hardship pre-COVID. Now, without any income, and lack of housing, they face even more difficulty.”

”Spending on social housing and homelessness has been largely static for the past decade, at an annual rate of about $1.5 billion. Australia needs to build some 433,400 new homes to cover the current shortfall.”

“For every dollar spent on social housing, there is a $1.30 boost to GDP. Social housing can be a powerful stimulus for our economy, while delivering much needed infrastructure.”

“It wouldn’t just be building new homes, it would be creating the building blocks of our economic recovery.”

For those of you within our community of supporters wanting to take some practical action, we’d encourage you to get behind the Everybody’s Home campaign. They are asking us to sign a letter to Federal Treasurer, Josh Frydenberg, calling for more investment in social housing in the lead up to the October 2020 budget. You really are just one click away from having your voice count!