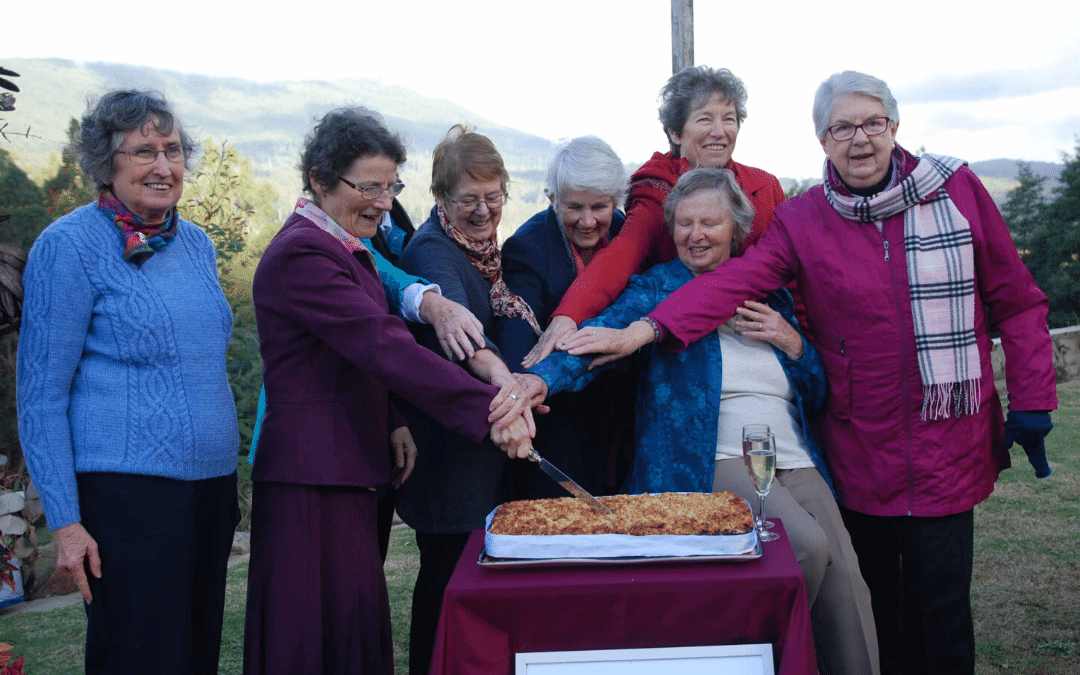 “We are celebrating 75 years of story, of history and of being immersed in people’s lives right across this nation,” stated Stancea Vichie, congregational leader of the Missionary Sisters of Service, at the recent launch of the MSS’ commemorative cookbook, Food for the Highways and Byways.

About 85 guests joined with the Missionary Sisters of Service in Toolangi, Victoria on Sunday 5 May to celebrate the Sisters’ 75-year anniversary milestone and to take part in the official launch of their commemorative cookbook, which includes recipes, stories, prayers, photographs and a map of where the Sisters lived and worked over the past 75 years. 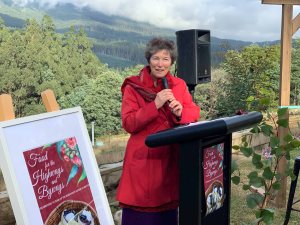 “It’s been an extraordinary journey over the last 75 years,” said Stancea, “and you’ll actually get a sense of it from within the pages of the cookbook. Immersed in that cookbook are the lives of so many people from around this country and beyond.

“We’re wanting to celebrate all the people we’ve ever been within those 75 years, wherever they’ve been. That journey has taken us into the lives of people no matter what their background, their religion, their race and creed.

“It’s been a very free journey that was open to people in their ordinary everyday lives and that’s really been the basis of our whole immersion in people’s lives. We recognize the absolute sacredness of the life of each of those people and yourselves gathered here.” 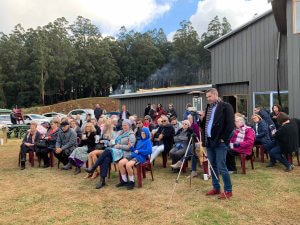 Throughout 2019 a series of events to mark the 75-year anniversary are scheduled across the four states where the 26 MSS currently live – in Victoria, Tasmania, Queensland and South Australia. The Victorian cookbook launch was particularly significant for the MSS given its location.

“We are gathered together in this beautiful countryside setting, which is very much in the spirit of the Missionary Sisters of Service, of going out into the highways and byways,” said Stancea. “And not far from here, just up the road outside Yea is a property called Wirrabong where John Wallis was born.”

Fr John Wallis was the founder of the Missionary Sisters of Service. Following his ordination, aged 22, he was sent to Hobart, Tasmania. In his first year he set out to visit isolated Catholic families living on Bruny Island, located off the east coast of Tasmania. In that first visit he met a young mother of four, Mrs Kit Hawkins, who asked him, “Father, why can’t we have Sisters coming here like they do in the towns and the cities? Doesn’t anyone care about our children?”

Eleven years later, thanks to the vision, deep prayer and effort of Fr John, the first women of the Missionary Sisters of Service came together. It will be 75 years ago on 8 July 2019.

The MSS welcomed Marcus Godinho, CEO of FareShare, to officially launch the cookbook. Marcus has been involved with the food charity, FareShare, for the past 15 years (fist as a volunteer and board member) and then as its CEO since 2007. 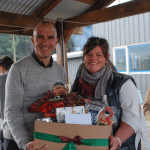 Under his stewardship, FareShare operates Australia’s largest charity kitchens in Melbourne and Brisbane. Every day, FareShare cooks 10,000 free, nutritious meals using rescued food that would otherwise go to waste. These cooked meals are given away by frontline charities such as soup vans, homeless shelters and women’s refuges and is predominantly supported by over 900 volunteers.

“We are are extremely touched with the work you do to help the marginalised and isolated people of Melbourne and Brisbane,” said Amanda Freeman of Highways and Byways: A Community of Service.

“The Sisters’ work and yours are on very similar parallels, caring for the goodness of humanity and giving them an opportunity to share in a meal around a table with other people who are often strangers within our community. Both yourself and the Sisters continue to serve the people in their everyday lives, no matter who they are or where they come from.”

There was also an informative and fun QnA between Marcus Godinho and cookbook project manager and photographer, Fiona Basile, with much information revealed both about Marcus, and the cookbook. 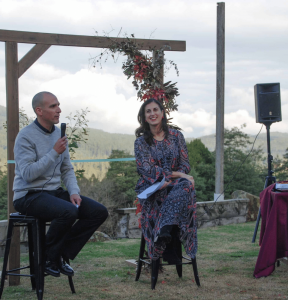 Through the launch, an abundant afternoon tea was served, which consisted of many of the recipes provided in the cookbook.

A big thank you to everyone who helped make the day such a wonderful occasion! And a special thank you to Edwina and Brendan for hosting our special event on their gorgeous property in Toolangi.