Missionary Sisters of Service on video sharing their reflections 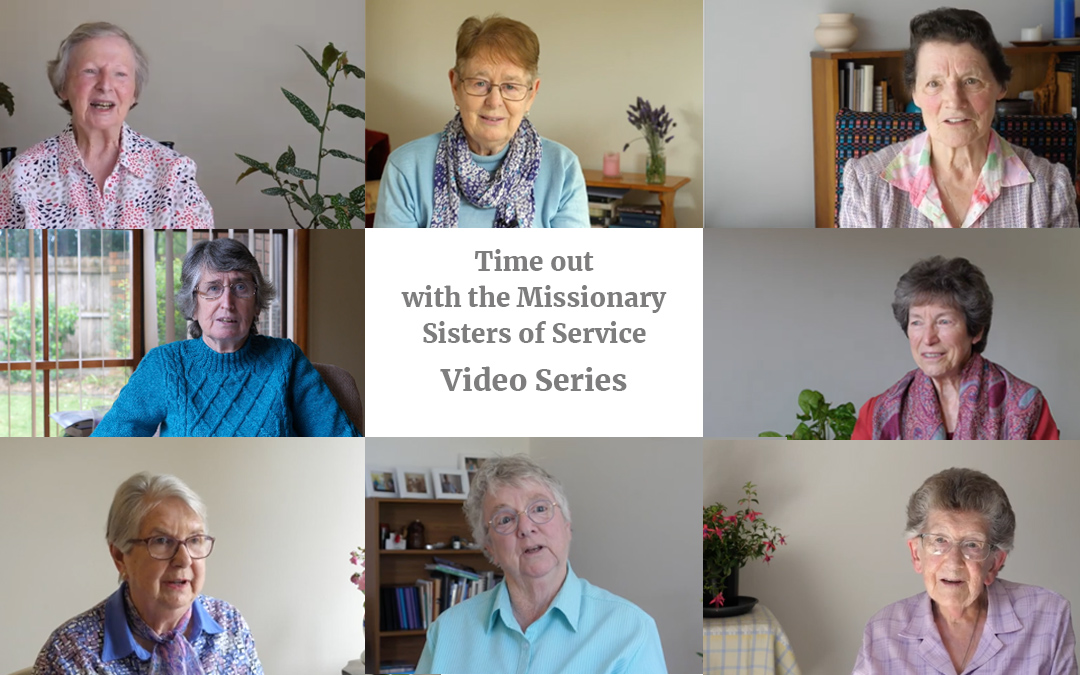 For more than 75 years, the Missionary Sisters of Service have been a presence of God’s love and friendship in the lives of countless people whom they’ve met ‘on the highways and byways’ of Australia and beyond. Founded by Fr John Wallis in Tasmania, in 1944, this pioneering community of women seek to be with the people wherever they are, and whatever their circumstances, walking alongside them in friendship and love. Today, there are 23 Missionary Sisters of Service living across five locations: Melbourne, Victoria; Hobart, Tasmania; Toowoomba and Mackay, Queensland and Whyalla, South Australia.

In 2018, the Missionary Sisters of Service established Highways and Byways – Healing The Land – Healing Ourselves – Together to continue their vision and mission into the future. It was formerly known as the John Wallis Foundation, which had been established in 2010. Through its partnerships and small grants program, Highways and Byways seeks to support people and projects that express the particular character and spirit that has inspired the MSS’s work since 1944.

‘As our community of women grows smaller each year, and the work of Highways and Byways continues to grow, we wanted to capture some of our reflections on video for future generations,’ said congregational leader, Stancea Vichie.

‘Several Melbourne-based sisters have shared their reflections on a number of questions that speak to who we are as a community of women and the impact that both the people and the land have had on our ministry.

WHAT DREW YOU IN TO BE A MISSIONARY SISTER OF SERVICE?

WHAT HAS BEEN THE PRACTICAL EXPRESSION OF YOUR MISSION?

HOW WOULD SOMEONE KNOW THAT HIGHWAYS AND BYWAYS IS AN EXPRESSION OF YOUR SPIRIT AND VISION?